Overview: At Imperial, we pride ourselves on being able to provide all the necessary help for small businesses to get started in today’s competitive society. From configuring networks to internet marketing, we do it all, and we do it well. As an entrepreneur, you need to feel secure in all of your business endeavors.

By contracting Imperial to handle your information technology services, you enable one company to lay a consistent foundation of service and support across your entire technical landscape. Don’t stress yourself over an industry other than your own. We’ll handle all of that for you.

Whether you plan on making a change in your IT department; are thinking about relocating your office; or are heading into the market for the first time – you have more than enough to worry about as it is. Let Imperial handle the technical details. As a matter of fact, we know what it’s like to start from the ground up.

From the humblest of beginnings, Imperial Software Systems established itself in 1996 as Imperial Custom Computers – a small technology shop with aspirations of becoming the next Dell or Gateway Computers. Unfortunately, that market got crowded awfully quick. We found that although we were successful at building custom PCs, we could provide a greater service to our growing clientele by supplying them with servers for data storage and provisioning them with the proper resources to move ahead in their corporate life-cycle. Web, email hosting and custom Web sites became our niche market and it launched our company off on a brand new trajectory.

Keeping an open ear tuned on our clients pushed Imperial down the path toward success and expansion.

In 1997 we constructed a custom server and began renting space in a data center in order to properly maintain our clients’ valuable information. Word had spread throughout the industry about our impeccable service and practices so fast that within no time we found we had a client base so large that renting space was no longer an option. Instead, we built two of our own data centers and outfitted them with top of the line storage equipment.

The real-estate industry had become a niche market for us, and again always listening to our customers’ requests, we were approached to write custom software for their Web sites. The dynamic and unique possibilities of a software application tailor made for their industry would reduce both time and money spent on countless tedious tasks while increasing the overall efficiency of their business. A custom software program, if used properly, could propel any company toward the vertex of success.

WIT brought one hundred different title agencies on the path toward efficient business practice and was ultimately a great success and achievement for both the real-estate and software industries.

After the initial response to WIT, Imperial was contracted again to write a document management software program. As a large share of our client base was involved in the real-estate industry, holding paper documentation for multiple years was a standard practice that would accrue massive fees for these clients in off-site storage space and extra company personnel.

Although lauded for its efficiency, the program was rather vanilla as it was designed directly for agents involved in land services. After the development of Version 1.0 and its initial release, we realized that EZ Doc was not only a solution for the real-estate industry, but it had the potential to be used in any vertical directory as long as our clients had paper documentation that needed to be saved and digitized.

Version 2.0 of EZ Doc Filer saw a Windows based application system with even more success than its predecessor. EZ Doc was now selling throughout the commercial market in various venues. After much exposure and customer feedback, we fine tuned EZ Doc so that it could be the premier document management software of both today and tomorrow.

This fully Web based system made it possible for business across the nation to achieve and reap the benefits of having a truly paperless office. With comprehensive user rights allowance, seamless integration with the legacy application, and the ability to quickly scan, search, and send documents from within the application, EZ Doc Filer was the only document management software that mimicked exactly how an office ran.

As we look toward the future…

Imperial hopes you explore the possibilities of what custom Web and software development can do for your company. Your problems, whatever they may be, form the basis of our solutions. Get in contact with our expert staff today and find out for yourself what Imperial Software Systems can do for you.

Let us help you move your business forward. Request a Quote by filling out the form below. 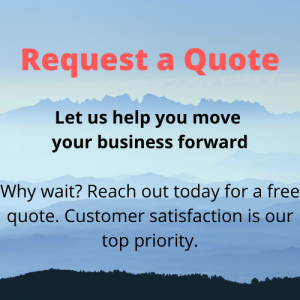